Awilco rig to be equipped with TMC compressors | TMC 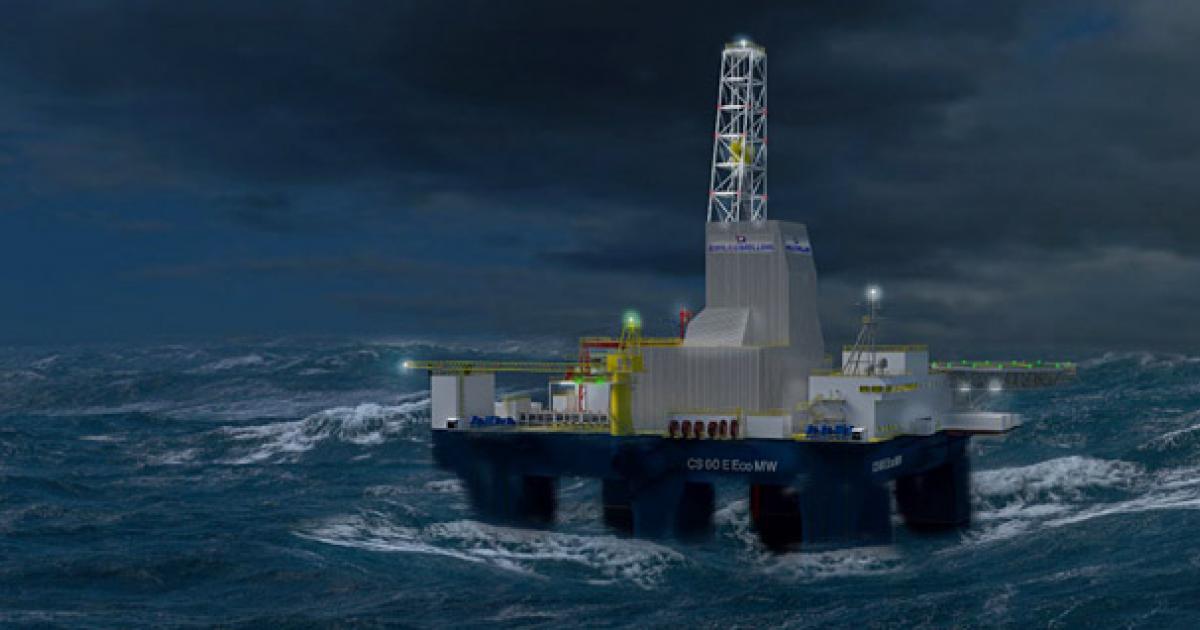 1 July 2019 – Keppel FELS has awarded TMC Compressors of the Seas (TMC) a contract to deliver an advanced energy-saving marine compressed air system to the first mid-water semi-submersible drilling rig the yard is building for Awilco Drilling.

According to Awilco, the newbuild will be the most environmentally friendly drilling rig offered in the harsh environment market. The rig will be of the CS 60 ECO MW design. It is scheduled for delivery in March 2021.

TMC’s scope of work is to deliver a complete marine compressed instrument air system that consists of a compressor bank with a combination of both base-load  and  frequency-controlled TMC Smart Air® instrument air compressors , which reduces energy waste with up to 50 percent compared with other compressors. TMC will also supply assosicated air dryers and filters. The system will be equipped with peak shaving technology, which reduces power consumption during periods of maximum demand on the on board power supply. This will reduce energy consumption substantially and keep operational costs to a minimum.

“Despite the size of the rig and its significant operational envelope, we will actually deliver a very compact compressor system. New, energy-efficient technologies remove the need for over-dimensioned equipment, which helps keep the cost of rig down too. Integrating our Smart Air compressor technology within the total compressed air system also means that all the  compressors will benefit from the energy saving features of the Smart Air compressor, which will help reduce operational costs too to a minimum,” says Hans Petter Tanum, TMC’s director of sales and business development.

TMC has not disclosed the value of the contract, but states that this is a “major contract win for the company”, which is headquartered in Oslo, Norway.

Boasting a low environmental footprint, Awilco’s drilling rig is winterized and  designed for operations in harsh environments, including the Norwegian Continental Shelf, UK Continental shelf and Barents Sea. According to Keppel FELS, the rig is also equipped with state-of-the-art digitalisation, including condition monitoring systems, which will enhance the drilling efficiency and reliability of the rig, while reducing likelihood of downtime.

“This will become the world’s most environmental friendly drilling rig for harsh conditions. To achieve this, we depend on suppliers that can deliver the market’s most, energy-efficient equipment and technologies. TMC’s compressed instrument air system falls into this category,”  says Claus Mørch, project director at Awilco Drilling Plc.

“In earlier years, offshore yards often preferred to buy various pieces of compressor kit from different suppliers. However, as rig owners and operators as well as the yards are increasingly focusing on energy efficiency and reduced opex, they often prefer a system supplier that can develop and integrate the entire marine compressed air system, which must match the overall environmental profile of the rig. That is why suppliers with a technology leadership are chosen for high value assets such as this Awilco rig,” says Tanum.

TMC Compressors of the Seas is the world’s leading supplier of compressed air systems for marine and offshore use. The company is headquartered in Oslo, with sales and service offices all over the world.