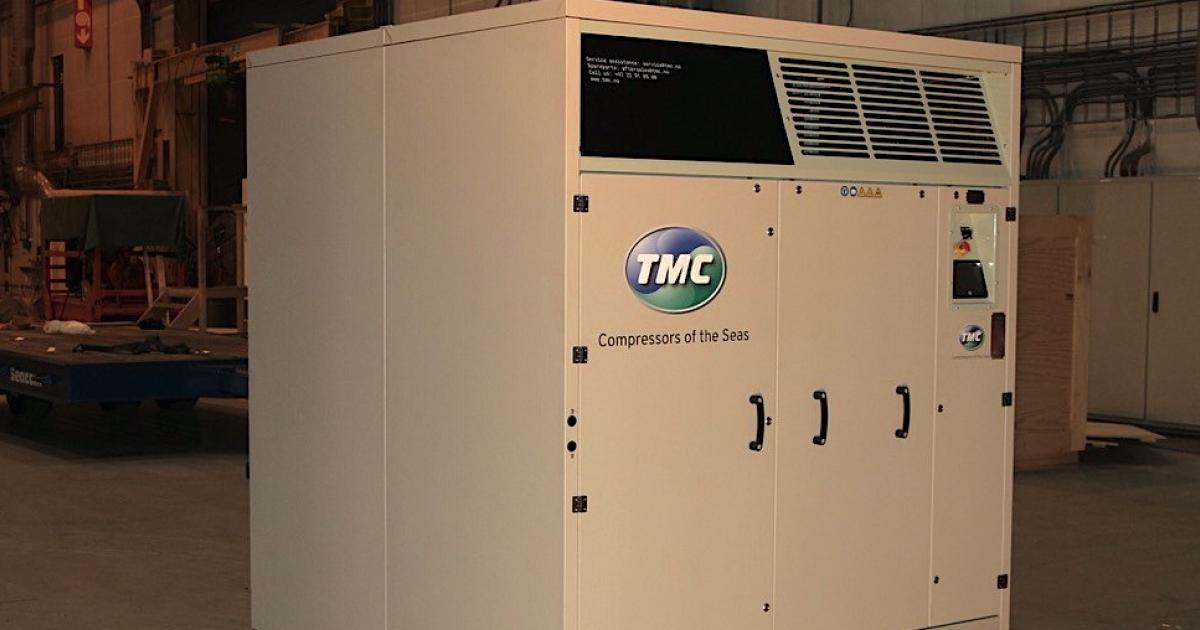 ALS – or air lubrication system – is a method used to reduce the resistance between the ship’s hull and seawater by using air bubbles. The air bubble distribution across the hull surface reduces the frictional resistance working on the ship’s hull, creating desired energy-saving effects.

According to Hyundai Heavy Industries, its Hi-ALS system can cut fuel consumption by up to eight percent.

“Combining our ALS compressors with Hyundai’s Hi-ALS air lubrication system is an excellent example of how the supplier industry can cooperate to make the shipping industry greener and reduce shipowners’ operating costs,” says Hans Petter Tanum, TMC’s director of sales and business development.

The five LNG carriers will each have a cargo capacity of 174,000 cubic metres. Two of the vessels are for Norwegian shipowner Knutsen OAS, two for Korean shipowner SM KLCSM, while the final vessel is for an undisclosed shipowner. The five-vessel supply contract also includes options for delivery of TMC’s ALS compressors to further LNG newbuilds equipped with an ALS system.

In January last year, TMC was awarded a contract by Hyundai Heavy Industries to deliver its ALS compressors to seven (7) LNG carriers the Korean shipbuilder is constructing for Capital Gas Corp.

“To secure another such large order for our ALS compressors is the best stamp of approval we could have asked for. We are well aware of Hyundai’s strict quality requirements and look forward to deliver on those expectations for all five LNG carriers,” adds Hans Petter Tanum.

TMC offers compressors for ALS applications that ranges from 50 kW to 400 kW capacity, plus the associated ALS control system. The company is headquartered in Oslo and is the world’s leading supplier of compressed air systems for marine and offshore use.

12 October 2020 – VARD has awarded TMC Compressors (TMC) a contract to deliver the marine...