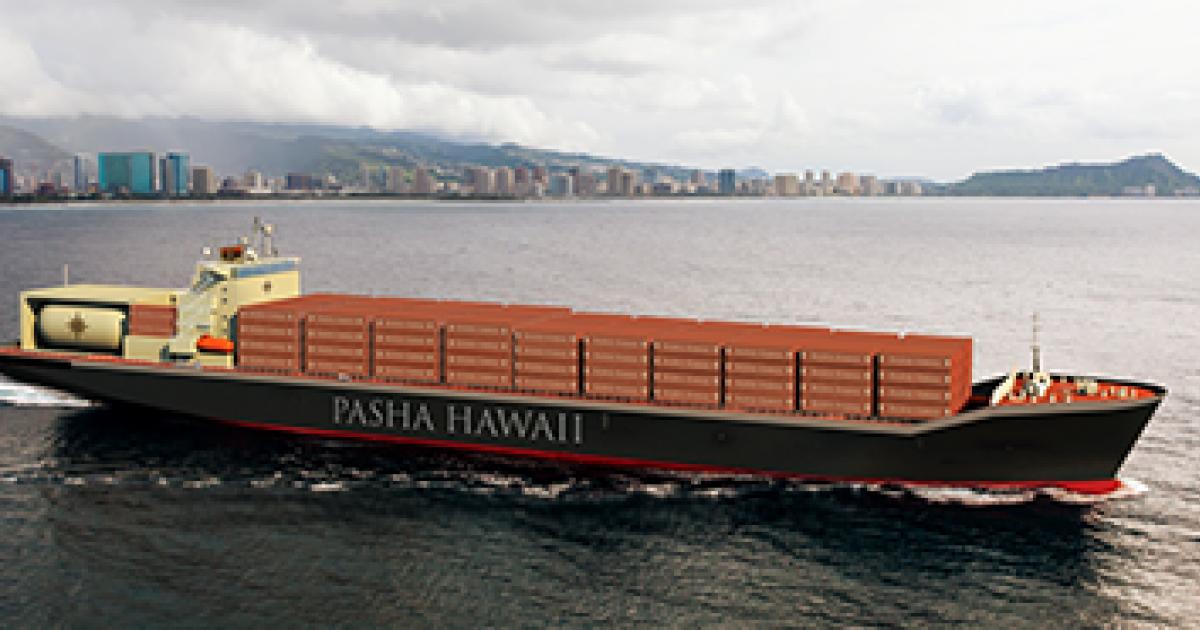 TMC’s scope of work is to supply a complete marine compressed air system to each of the the two vessels, including control and service air compressors plus refrigerant air dryer. The company’s contract value is undisclosed.

The two new LNG-fueled (liquefied natural gas) fueled containerships will be built at Texas-based Keppel AmFELS, a subsidiary of Keppel Offshore & Marine. The two vessels will be delivered in the first and third quarters of 2020.

Honolulu-based Pasha Hawaii has announced that the ships will join its fleet which provides service to the Hawaii/Mainland trade lane. The new, 774-foot U.S. Jones Act vessels will carry 2,525 TEUs, including a fully laden capacity of 500 45-foot containers, 400 refrigerated containers, and 300 40-foot dry containers.

According to Pasha Hawaii, the new vessels will operate fully on LNG from day one in service, significantly reducing environmental impact and increasing fuel efficiency. Energy savings will also be achieved with an optimised hull form and an underwater propulsion system with a high-efficiency rudder and propeller.

“It is always nice to be involved with vessels that are designed to keep both operational costs and harmful emissions to air to a minimum. Not only is it good for our planet, but it is great to see that TMC’s compressor systems – with their low energy usage and high level of reliability – seem to be the favoured solution for such vessels. We will ensure that our marine compressors repay the faith that Keppel AmFELS and Pasha Hawaii have placed in them,” says Hans Petter Tanum, TMC’s director of sales and business development.

Pasha Hawaii is a wholly owned subsidiary of the family-owned global logistics and transportation company, The Pasha Group, one of the nation’s leading Jones Act shipping and integrated logistics companies.

TMC Compressors is the world’s leading supplier of compressed air systems for marine and offshore use. The company is headquartered in Oslo, with sales and service offices all over the world.

The scope of work includes manufacturing and delivery of a complete marine compressed air system,...

Under the contract, international compressor supplier TMC will deliver a complete marine...