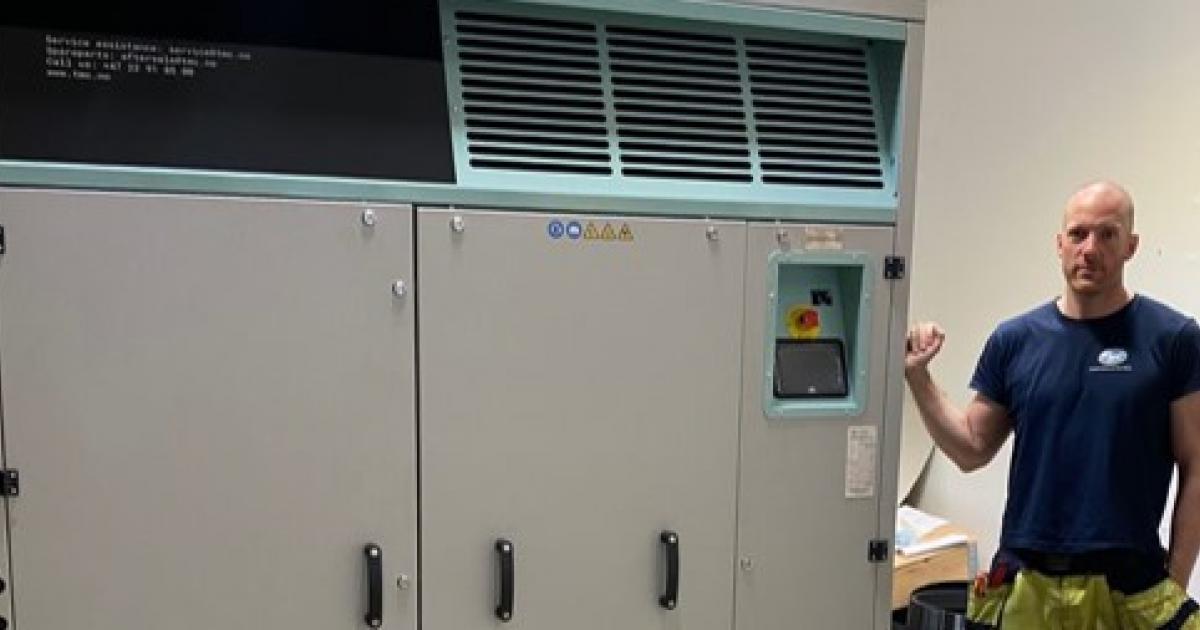 A couple of weeks ago, we provided a brief introduction to air lubrication systems (ALS). Today, we are giving readers a status update on TMC Compressors’ (TMC) ALS compressors and current deliveries.

Last year, TMC launched a range of marine compressors for use in combination with air lubrication systems – known in the shipping industry as “ALS” – to help ships further reduce fuel consumption and emissions to air.

As mentioned in our introduction to ALS, an air lubrication system addresses the frictional resistance between a vessel’s hull as it sails trough seawater.

All ALS equipment is manufactured in Norway, to enable continuous follow-up by TMC’s expert technicians during the assembly phase.

For air lubrication systems, air bubble outlets are created at different locations along the bottom of the hull, ideally symmetrically on both the sides of the ship’s centre line. In combination with TMC’s ALS compressors, the system can continuously ensure that a uniform layer of air bubbles is maintained beneath the ship, and as a result produce the desired energy-saving effect.

The compressors TMC are delivering to Hyundai Heavy Industries are of the type TMC LPC 250-1,5. TMC has already supplied the compressors to the three first newbuilds – H3105, H3106 and H3107 – in the series. Each vessels is equipped with three compressors, of which two have variable frequency drives and one is a baseload compressor.

Finally, as TMC’s head of sales and business development, Hans Petter Tanum, stated when TMC launched its range of ALS compressors: “We have a duty to both our customers and the globe to continuously make our products even more energy efficient and less harmful to the environment. This responsibility extends to identifying new usage areas for our marine compressed air technology, such as in combination with air lubrication systems.”

TMC will provide the Smart Air compressors to Hyundai Mipo Dockyard, which is responsible for...